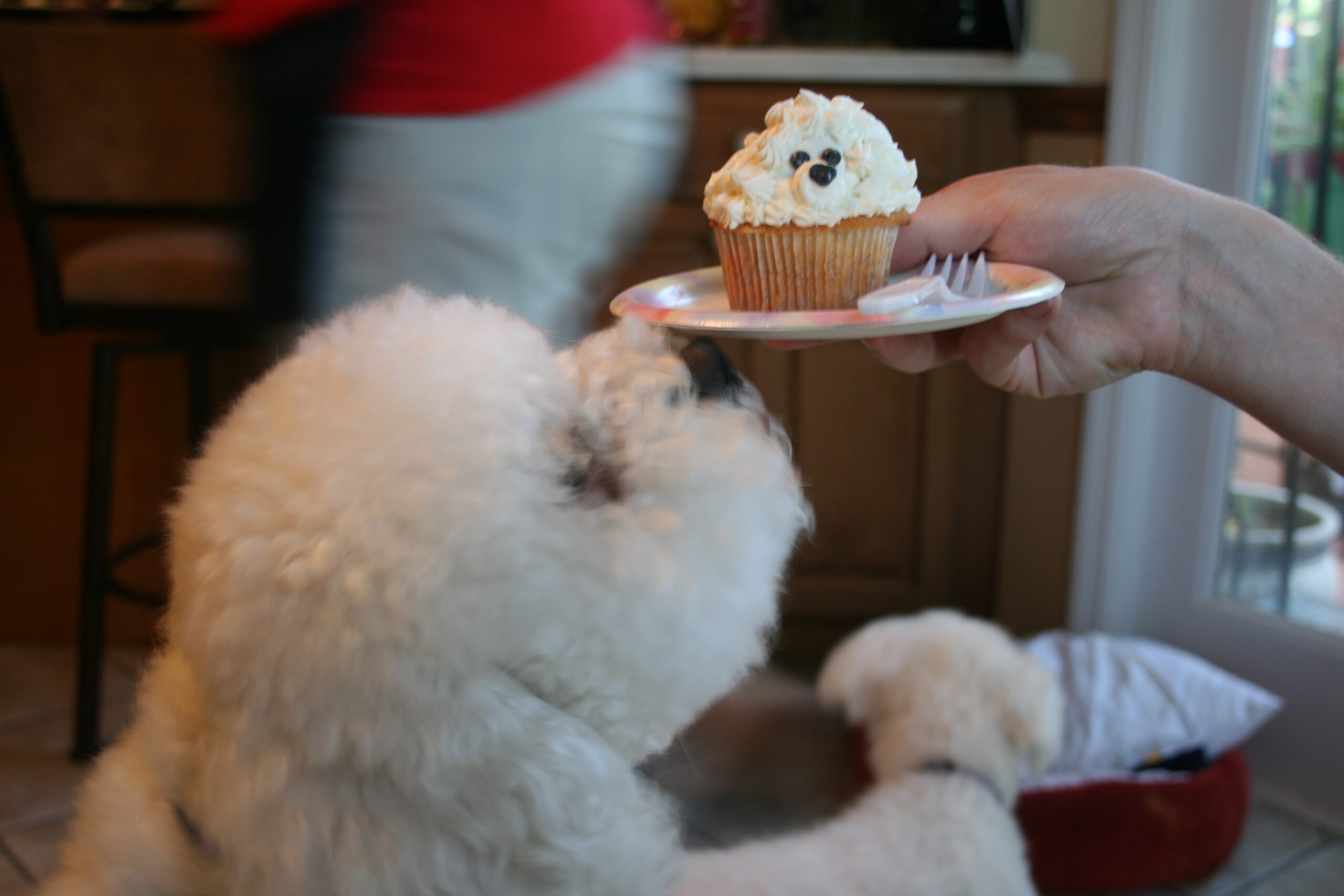 Many owners wonder if their Bichon Frise can eat chocolate. Humans love chocolate–and dogs often beg for it–so is it okay to sneak your Bichon a bit of chocolate every once in a while? I have two Bichons, and I know that they always get interested when I’m eating candy.

The answer is no: Bichon Frises, like all dogs, cannot safely eat chocolate. Chocolate contains several compounds that are toxic to dogs, and these can result in serious harm to your Bichon.

If you’re concerned about your Bichon and chocolate, read on to learn more about why Bichons can’t eat chocolate–and one kind of chocolate they actually can eat!

What to Do If Your Bichon Eats Chocolate

If your Bichon Frise eats any amount of chocolate, always reach out to your veterinarian immediately. Don’t try to solve this problem at home without expert help.

In many cases, your vet will tell you to watch your dog at home for symptoms. But no matter how much chocolate your Bichon consumed, you want to get your vet in the loop in case anything serious happens.

Don’t try any home remedies without first contacting your vet. Some people say to give your dog things like hydrogen peroxide, but you should only do that if your vet says to do so.

When you call your vet, be ready to make note of any symptoms your Bichon is experiencing:

The FDA has a full list of symptoms to look for. Some can appear 2-24 hours after ingestion of chocolate, so make sure also to note what time your Bichon ate the chocolate, and how much they consumed.

Bichons, like all dogs, can’t eat chocolate because it contains a compound called theobromine that is toxic for them, although it’s harmless for humans.

Theobromine is in the same family as caffeine and is similar to the ingredients in certain types of asthma drugs.

Humans can break down theobromine readily, but dogs can’t. If your Bichon eats chocolate and has theobromine in their system, it can lead to a variety of different immediate health issues.

Chocolate is also problematic for dogs because it often contains a lot of fat and sugar. Independent of the theobromine content, eating a lot of chocolate can make your Bichon vomit due to the fat and sugar content.

The Most Dangerous Chocolate for Bichons

One time around the holidays, my Bichons got into some milk chocolate coins. They ate a bunch of coins, and the wrappers as well! I called my vet, and we were able to take care of them. After some fluids and rest, they were both okay.

Will my Bichon be okay if he ate a little bit of chocolate?

Let me start by saying that any amount of chocolate can be toxic to dogs–always call your vet first thing if your Bichon ate chocolate.

In many cases, dogs survive eating a bit of chocolate. They might feel sick or vomit for a while–or they might need medical support if the chocolate poisoning is very bad–but eating chocolate isn’t necessarily a death sentence.

Some owners have shared their experiences with Bichons eating chocolate and ending up okay, with proper vet support.

One determinant of the danger of eating chocolate is the size of your dog. Bichons aren’t large dogs–most Bichons are under 20 pounds. For that reason, it’s extra important to reach out to your vet right away if your Bichon eats chocolate.

A bigger dog might be able to have a little chocolate and be totally fine. Because Bichons are small, though, chocolate presents more of a danger for them.

The danger of chocolate for your Bichon also depends on their existing health conditons. Your vet will have the best sense of your dog’s overall health.

Again, always contact your vet right away if your Bichon eats chocolate, even if it’s just a little bit. They’re the best source of information that’s specific to your dog.

Bichons often live to be 15 years old or older, so it’s likely that in your dog’s lifetime, you’ll have at least one instance where they get into some chocolate. Again, that’s why having a good vet on speed dial is essential.

All About Dog-Safe Chocolate

Even though your Bichon can’t eat chocolate meant for humans, you can still create a dog-friendly version of chocolate that they can safely eat!

Dog-friendly chocolate lets you prepare some custom treats for your Bichon. Making some dog-safe chocolate candies is a great way to celebrate your dog’s birthday or another milestone.

What is dog chocolate made of?

Dog chocolate is made of carob. Carob is often sold as a powder, and is from the carob bean. Because it has many of the same properties of chocolate–but without the theobromine and other toxic compounds–it’s a great fit when you want to make safe chocolate for your Bichon.

If you buy carob treats in the store, keep in mind that they still may contain a fair amount of fat and sugar. Those things aren’t great for your dog, even if they don’t contain chocolate. Always read the packaging!

If you’re concerned about the contents of your commercial carob treats, an alternative is to create your own carob treats at home.

That way, you can control exactly what your dog will eat. Here is a recipe for several dog-safe carob treats.

If your dog is going to have a dog-safe mock chocolate treat made with carob, can you enjoy one too?

That depends on where you got the treat. If you bought your carob treats at the store, they’re probably not human-safe. Dog treats are held to different standards than human food, so there’s no guarantee that commercial dog-friendly chocolate is safe for people.

If you make your carob chocolate alternative at home, though, there’s no reason you can’t enjoy some alongside your Bichon! Just remember that the amount of salt and sugar needed to make carob taste good for people is probably too much for your Bichon.

If you’re cooking dog chocolate for them, you might need to add more sweetener to your portion!

Yes, carob that is used for dog-friendly chocolate melts. Here is an easy way to melt your carob.

You might be tempted to feed your Bichon a little chocolate, especially around the holidays. Don’t do it, as chocolate is toxic for dogs.

If your Bichon eats chocolate by mistake, make a note of how much and what type they ate, and call your vet right away. They can provide the detailed advice that you need in order to proceed safely.

How to Find a Reputable Bichon Breeder

What Were Bichon Frises Bred For? History of the Breed