Do Bichon Frises Bark a Lot? 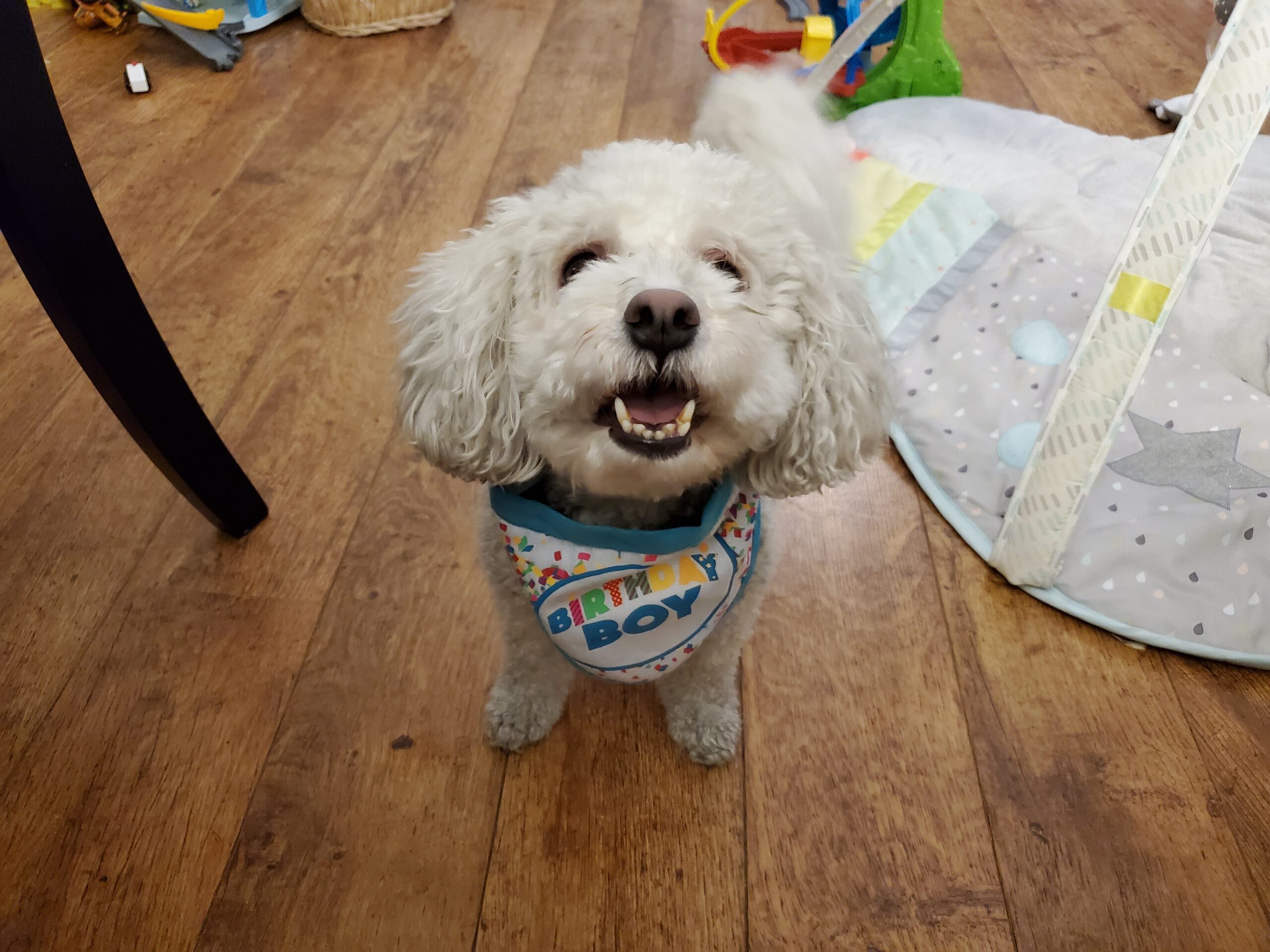 If you’re considering getting a Bichon Frise, you’re likely wondering whether Bichon Frises bark a lot. Especially if you have neighbors nearby, barking is an important thing to consider when choosing a dog breed.

Most Bichon Frises don’t bark a lot, and some Bichons rarely bark at all. Because they are companion dogs, though, Bichons often bark when a person arrives or leaves or when they want their owner’s attention.

Let’s take a closer look at Bichon Frises and their barking habits.

Bichons Bark for their People

Unlike hunting dogs who might bark at every passing bird, or hounds that are bread to bray, Bichon Frises rarely bark idly. They usually spend most of their time sleeping quietly.

That said, Bichon Frises are companion dogs, and they love people. They’ll often bark excitedly when you arrive at the door, or even when a delivery person arrives with a package. When guests come over for dinner, my dogs mob them at the door as if they’re an arriving king or dignitary.

Are Bichons known for barking?

In general, Bichon Frises aren’t known for barking. Most people think of them as a quiet breed that only barks for specific purposes, not as a dog breed that barks continuously or for no reason.

However, Bichons also have strong personalities, and every dog is different. Some individual Bichon Frises love to bark, and some Bichons only bring out their bark on special occasions.

My dog Max had a low, deep bark that was impressive, but he’d only bark in a few situations. It was also special to hear his voice!

Bichon Frises are not yappy dogs. When they do bark, their barks can be surprisingly low for dogs of their size. They also bark with purpose and don’t tend to yap for no reason.

This makes Bichon Frises’ barking more tolerable for many people than the barking of other small dogs. Although Bichons can be loud when they want to, they usually bark for an actual purpose, and rarely bark out of boredom or to annoy their owners. If you solve their problem (by getting them more food, letting them outside, etc.) they’ll usually stop barking.

Why Does My Bichon Growl at Me?

Bichons are rarely aggressive and almost never growl. I’ve had Bichons for years, and I’ve only ever heard them growl at strange objects, like a balloon that has gone loose in the house or a vacuum cleaner. Aggressive growling almost never happens.

For example, see if they are :

These behaviors are all suggestive of a Bichon who is growling as part of a game. Still, be careful around any animal who is growling, just in case it’s a sign of aggression.

How do I stop my Bichon Frise from barking?

Proper training is the best way to stop your Bichon Frise from barking.

First, identify the reason for their barking. If they are barking to go outside or because they are out of water, this is a good behavior that you should encourage. See if solving their immediate needs for food, water, or a potty break address the barking issue.

Remember, too, that Bichons are good guard dogs. They’ll probably never stop barking when a stranger comes to the door. My dogs Jack and Lance bark every time a family member returns home, as if they’ve never seen us before!

If your dog is barking as a nuisance or to get attention, though, you can try several approaches.

Again, Jack used to bark all the time when I would leave the house. With training and a lot of practice, the behavior stopped and he now primarily barks when someone arrives at the door or leaves.

Bichons aren’t noisy or yappy, but they will bark to get your attention or to indicate when they need something. If your Bichon’s barking is excessive, proper training can help to eliminate the barking problem.